To understand how clefts of the lip and/or palate occur, it is helpful to understand a little about how the face forms in the womb. Formation of the face occurs mainly between the 4thand 8thweek of pregnancy. The process is very complex, but to keep things simple, there are 5 bulges (“prominences”) that will form the face:

These prominences gradually fuse between weeks 4 to 8 of pregnancy, forming the face. The fusion lines are not usually visible, apart from the philtral columns, which are a normal part of the upper lip. The fully formed face and oral cavity contain the following structures: 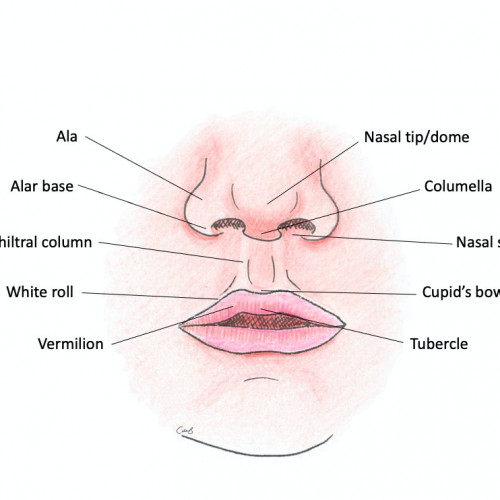 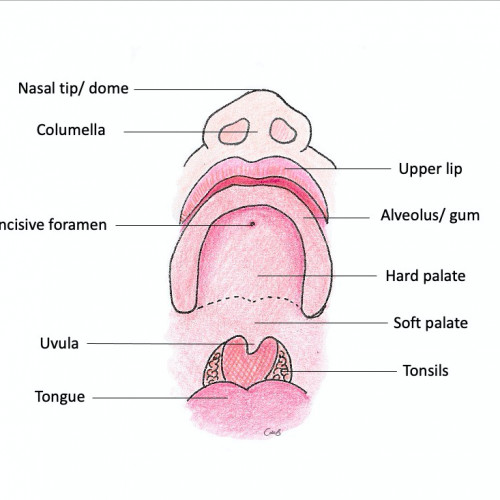